ChessBase Magazine is the most comprehensive and sophisticated chess magazine ever. World-class players analyse their brilliant games and explain the ideas behind the moves. Opening specialists present the latest trends in opening theory and exciting ideas for your repertoire. Master trainers in tactics, strategy and endgame show you exactly the tricks and techniques you need to be a successful tournament player! Available as download (incl. booklet as pdf file) or on DVD with accompanying booklet by post.

Highlights
On the first page of ChessBase Magazine #208 you have direct access to the editors' recommendations: the highlights of the issue!

European Championship 2022: Matthias Blübaum celebrated the greatest success of his career so far by winning the European Championship. The new champion comments on two of his games as well as the winners of the silver and bronze medals, Gabriel Sargissian and Ivan Saric. Plus analyses of many other players, including Ruslan Ponomariov, Aryan Tari, Ivan Cheparinov, Rasmus Svane, Yuriy Kuzubov, Maxime Lagarde and others.

Superbet Bucharest 2022: Maxime Vachier-Lagrave beat Levon Aronian and Wesley So in the tiebreak. Anish Giri comments on three highlights from Bucharest, Dorian Rogozenco presents two games of the winner in the video.

Our new author, Jan Markos, is a Slovakian chess book author, trainer and grandmaster. His first contribution is about time management. First, Markos elaborates on three general and easy-to-implement recommendations in the more than 20-minute video. At the beginning there is a fundamental question: in which types of positions should we invest time at all - and in which not?

CBM authors analyse their favourite games from the first knockout world championship 25 years ago. An exclusive collection of 22 annotated games awaits you!

Following his examination of the London System against the King's Indian in CBM 207, Tanmay Srinath defends his favourite opening with White in this issue against an exceedingly combative approach by Black: 1.d4 Nf6 2.Bf4 c5, which immediately leads to sharp and double-edged play. After 3.d5 b5!? the Indian recommends the enterprising pawn sacrifice 4.e4! 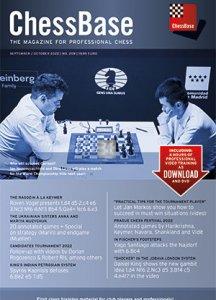 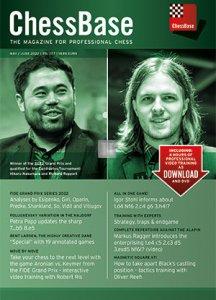