ChessBase Magazine is the most comprehensive and sophisticated chess magazine ever. World-class players analyse their brilliant games and explain the ideas behind the moves. Opening specialists present the latest trends in opening theory and exciting ideas for your repertoire. Master trainers in tactics, strategy and endgame show you exactly the tricks and techniques you need to be a successful tournament player! Available as download (incl. booklet as pdf file) or on DVD with accompanying booklet by post.

The home page of ChessBase Magazine #207 welcomes you with the highlights of the issue! Just click, replay the annotated games or watch the videos and enjoy!

FIDE Grand Prix 2022: Analyses by Andrey Esipenko, Anish Giri, Vidit Gujrathi, Grigoriy Oparin, Alexandr Predke, Sam Shankland, Wesley So and Nikita Vitiugov. Dorian Rogozenco presents two selected games of the winners, Hikaru Nakamura and Richard Rapport, in video format. Or jump straight into the training and play through the game Aronian-Keymer from the Grand Prix "Move by Move" with Robert Ris! A complete repertoire against the Sicilian Alapin Variation? Markus Ragger presents his recommendations in his half-hour opening video. Don't miss it: The "Special" on Bent Larsen with 19 commented games as well as analyses + video on the strategic skills of the great Dane!

CBM authors analyse their favourite Bent Larsen games. An exclusive collection of 19 annotated games from 1956 to 1998 awaits you!

FIDE Grand Prix 2022: The Grand Prix was held as a series of three tournaments from 3 February to 4 April, the first and third of which were held in Berlin, the second in Belgrade. As overall winners Nakamura and Rapport qualified for the Candidates Tournament 2022. In this issue Andrey Esipenko, Anish Giri, Vidit Gujrathi, Grigoriy Oparin, Alexandr Predke, Wesley So, Sam Shankland and Nikita Vitiugov comment on their best games. And Dorian Rogozenco shows two games by Nakamura and Rapport in video format.

In the English Four Knights Game, the move 4.e4 is very popular. Rustam Kasimdzhanov examines the sometimes very sharp complications after 4...Bc5 and shows new ideas in his analysis, especially for Black. Markus Ragger presents a complete repertoire against the Alapin Variation with the side line 3...Nf6. And Mihail Marin shows an opening idea by Bent Larsen in the Sicilian Dragon Variation, which is still well playable today!

New ideas for your repertoire

CBM #207 offers many new ideas and concepts for your next games with 11 opening articles:

"Deceptive security and new insights" - Rainer Knaak takes a close look at 10 traps from current tournament practice three of which he also presents in video format.

Test your chess move by move with Robert Ris! Levon Aronian's strategic brilliancy against Vincent Keymer from the first FIDE Grand Prix is on the programme. Can you find the moves of the super grandmaster?

Aron Nimzowitsch described his game with the black pieces against Paul Johner at the anniversary tournament of the Dresden Chess Club in 1926 as "one of his most beautiful blockading games". Enjoy Dorian Rogozenco's presentation!

In Oliver Reeh's tactics contribution with 34 games, everything is about the attraction of the square h7 on the attacking white pieces. Incl. interactive video training!

Excelling in endgames - "Endgame highlights by Bent Larsen" and much more.

Karsten Mueller provides comprehensive training material for the highest demands: the most beautiful endgames by Bent Larsen as well as highlights from the first Berlin Grand Prix 2022. The endgame expert from Hamburg opens both contributions with a detailed video introduction. In addition, he provides further analyses in "Readers write". 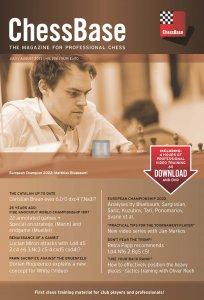 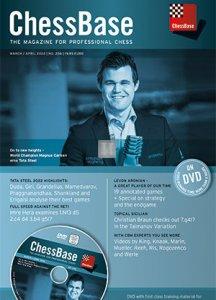