“Pawns are the soul of chess.” We have all heard this phrase more than once in our chess life and we owe it to the great French player François-André Danican, so-called Philidor, considered one of the best chess players of the 18th century.

It’s not surprising that with this way of thinking, he revolutionized chess, which until then was almost all about direct attacks on the king. With this, he also changed the way of understanding and playing openings, in which he introduced a new concept for the time – that the pawns should be ahead of the pieces.

Bearing this in mind, the defense he created can be much better understood, in which all these rules are fulfilled and the importance of the pawn structure is maximal.

From then onwards, this defense had been varying its move orders until it was finally realized that the best way to play would be 1.e4 d6 2.d4 Nf6 3.Nc3 e5.
The popularity of this opening has changed over the years but it has always lived in the background, behind the more mainstream openings such as the Spanish, the Sicilian or the French, among others.

However, with the quick development of the field of theory that we have had (and have nowadays) thanks to engines, the main openings have become filled with an amount of theory that is virtually impossible to remember. This means that more and more people are deciding to research and play other openings which are often easier to understand, and the amount of lines required to study is much less. In addition, on many occasions, these lines are the ones that really surprise our opponents.

Although the Philidor Defense may still be considered a secondary opening, many Grandmasters use it with some regularity. My initial idea was to name them but there are so many that it is impossible. To give a little list, this defense has been used by, among many others, Magnus Carlsen, Maxime Vachier-Lagrave, Fabiano Caruana, Vassily Ivanchuk, Alexander Grischuk, Teimour Radjabov and Pavel Eljanov. They are just a small example among the ocean of Grandmasters who have played it.

Symmetrical structure
This structure is created when White exchanges their d4-pawn for Black’s e5-pawn. Generally speaking, and from my experience, this structure usually takes place with all the pieces on the board and with both kings castled short. Normally, White has a knight on c3 and Black has a knight on d7 – the black knight stands a little better thanks to the possibility of installing it on c5, from where it attacks the e4-pawn and can even go, if necessary, to e6, then transferring to d4 or f4. Conversely, the white knight on c3 can only jump to d5 but Black can easily control that via c6. With this in mind I would say that, notwithstanding the obvious equality granted by this symmetrical structure, we have potential.

Structure after taking on d4
This structure (see diagram next page) takes place when Black exchanges the e5-pawn for White’s d4-pawn. Usually, this is somewhat more comfortable for White to play as long as they can put a piece (generally a knight) on d5. Why? Because the only way to expel that piece would be with …c6, which would weaken, slightly, the pawn on d6. However, not everything looks negative for us. In return for this compromise, Black can exert strong pressure upon the e4-pawn, usually with a rook from e8 and with a knight from c5. Besides, having to play …c6 is not a weakness about which we need to be too overly-concerned, when there are many pieces on the board, together with the dark-squared bishop on f8. In addition, Black can often open up the center with …c6 and …d5 or by taking on e4 with a piece, and then …d5.

Sämisch structure
This is a structure that is rather typical of the Sämisch Variation of the King’s Indian Defense. I have this opening in my repertoire against 1.d4 – I am very used to play-ing this structure and I find it comfortable for us as Black. Usually Black places a knight on c5 and, once we do that, the plan is to attack on the kingside by expanding with …f5. White will try instead to attack on the queenside by advancing the pawns b3-a3-b4.

Closed center
This is a very similar structure to the previous one but with a very important difference: the white pawn is on a4. This means that the plan discussed earlier for White no longer exists and it doesn’t look easy for them to open up the queenside by c3-b4. For this reason, taking advantage of the fact that the pawn is on c2, White’s plan is usually to place their minor pieces on their weak squares (a bishop on c6 and a knight on b5) and to try to attack Black’s weakest pawn, which is c7. As Black, we will follow the same idea that we have discussed with the previous structure: we are going to create counterplay on the kingside.

Sicilian structure
This is the typical structure of one of the fashionable lines arising from the Sveshni-kov Variation of the Sicilian Defense: appearing after the moves 1.e4 c5 2.Nf3 Nc6 3.d4 cxd4 4.Nxd4 Nf6 5.Nc3 e5 6.Ndb5 d6 7.Nd5 Nxd5 8.exd5. In that variation, I believe that the structure makes sense for White because the white pawn on d5 gives them more space and both sides have three minor pieces. However, in the Philidor, this structure favors Black instead, because it usually occurs after the exchange of one or two minor pieces which makes life easier for us. Besides, Black’s plan is very simple: expand on the kingside by …f5 and this usually gives rise to excellent positions.

Standard structure
Here, we have the structure that will be repeated most often in the book: the structure that is created by the Hanham Variation of the Philidor. Personally, I like the order …a6 and …b6 without touching the c7-pawn. This serves to develop the bishop to b7, quickly attacking the e4-pawn. Then, depending on how White plays, we’ll play …c6 or take on d4. If White decides to close with d5, then this forms the structure that has already been seen above.

Doubled and isolated pawns
I dare say that this is the most characteristic structure of the Philidor Defense that we will see in the book. I don’t remember any other opening where this structure is reached. Perhaps a version may be seen in the Exchange Variation of the French Defense, but the pawns there would be doubled and isolated on the d-file instead.

As I explained in the preface, it was thanks to this structure and how much it surprised me that I was introduced to the world of this opening. At first glance, they look terrible but they have a great virtue in that they control all the central squares. This is very important because: if we look at the position from which this is derived (after 1.e4 d6 2.d4 Nf6 3.Nc3 e5 4.dxe5 dxe5 5.Qxd8+ Kxd8 6.Bc4 Be6 7.Bxe6 fxe6), we can see that except for the light-squared bishops, the rest of the minor pieces are on the board, especially the knights. This means that our e5- and e6-pawns control the white pieces very well and it is not easy for them to find strong squares. 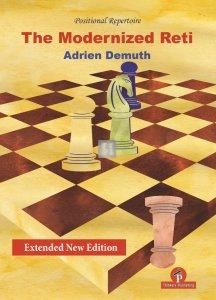 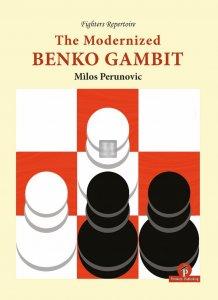 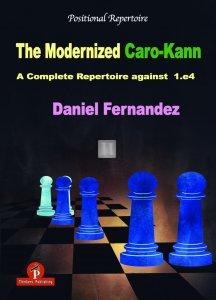 The Modernized Caro-Kann, A Comp... 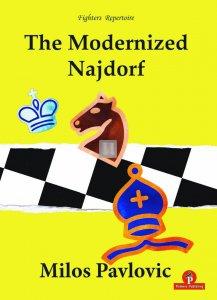 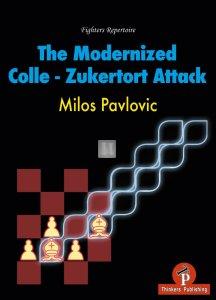 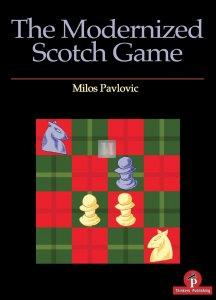 The Modernized Scotch Game – A C...