Great achievements often take a lifetime of preparation, but when these achievements are becoming the World Number 1 at the age of 12 and the youngest ever grandmaster at the age of 15 you have to start early! In this very personal book Judit Polgar describes her early moments of success and the chess ideas she needed to master to achieve them.
Add to wishlist

"Notions of chess have been shattered by a teen-age Hungarian girl - some call her modest and soft-spoken, but many opponents know her as a ferocious tiger over the board - who after years of steady progress began breathing down the necks of the top men and now has broken the barrier of one of the world's most exclusive clubs: she has earned the rank of grandmaster at 15 years, 5 months, one month younger than Bobby Fischer when he did it 34 years ago."
New York Times, 1992

Great achievements often take a lifetime of preparation, but when these achievements are becoming the World Number 1 at the age of 12 and the youngest ever grandmaster at the age of 15 you have to start early! In this very personal book Judit Polgar describes her early moments of success and the chess ideas she needed to master to achieve them.

This exceptional book is the beginning of a unique project where one of the greatest players of our time transforms her personal journey to the top into a roadmap for everyone who ever wanted to better themselves in the game of chess.

Judit Polgar has been ranked 1st on the Women's rating list from 1989 to this day. In 2005 she became the only woman in chess history to participate in the World Championship final.

"Books with a personal touch are often the most enjoyable, and the recently published How I Beat Fischer’s Record by Judit Polgar, the first in a trio of books on her career, is an excellent read. The games are annotated very well with a few key variations, and a lot of highly instructive comments."

"The games are typically annotated gently and accessibly, with far more explanations than variations. I liked the fact that the first chapter (called 'Tricks') is a simple celebration of her youthful trickiness – a feature shared by many other young players...

The unusual upbringing of the Polgar sisters is well known, but this book is not meant as a critique of that, although it is both personal and reflective. In fact, the impression is simply very positive – that chess was fun, and threw many opportunities their way. There are plenty of charming photos and anecdotes throughout, and Judit often discusses the ways in which her training gradually shaped her play.

"The book showcases her extraordinary tactical talent and it is entertaining and well written. She plans two more volumes and it will be interesting to see it as a whole. What she has done so far is very encouraging."

"The blistering attacks one would expect are very much in evidence, but readers will be pleasantly surprised by numerous examples of the initiative in queenless middlegames and several study-like wins in simplified endgames.

"Judit Polgar Teaches Chess 1 offers the reader a look at how her skills improved year by year, the lessons learned that helped her make that improvement, and give us deeply annotated, very personal notes which illustrate the processes that ultimately propelled her to greatness. Clearly, this book can and should be looked at as a course in chess improvement.

But there’s actually much more. Copious, very rich prose tells the tale of her life, and that same kind of rich, personal prose makes her notes to the games as energetic and interesting as the moves themselves. I should also add that lots of wonderful photographs add to the book’s charm."

"Throughout the book Judit has provided an abundance of personal insights and anecdotes, from the 'lucky sweater' that helped her to victory in New York, to summer snowball fights in Iceland! Above all else though, she set out to give the book real instructional value so as to benefit players of varying abilities, as well as chess trainers."

"Sometimes, however, a book comes along which every chess enthusiast will want to buy. Among that select handful must surely be the first to be written by Judit Polgar...

What players of all ages and strengths will relish is her very frank descriptions of the mischievous thrill she would get when tricking much older, normally male, players. Thus, after one of them fell for a lethal Polgar tactic, she writes, "Oops. My opponent's face turned red instantly." There is even a photograph of the two players after this game, with the grandmaster in question looking as if he had just swallowed a wasp."

"The book serves the double purpose of being autobiographical (about her early years and the rise to the GM title), as well as illustrating how an understanding of chess develops from simple tactical tricks to more sophisticated strategic considerations. The book does this well and can beneficially be read both to learn more about the phenomenon that is Judit Polgar and to improve one's chess understanding."

"The book has plenty of photographs, most of which were new to me. Some of them show how much chess has changed since the 1980s. On page 13 there is a snap of Judit working hard over a real chess board, writing notes (with pen and paper!) with a desk covered in chess literature, including a New in Chess Yearbook and a volume of the Encyclopedia of Chess Openings...

How I Beat Fischer's Record presents a feast of nostalgia, entertainment and great chess. It is an inspirational chess book."

"One of the qualities that undoubtedly helps her to be so popular is one that has surely helped her greatly as a chess player: she is (or sure seems to be!) relentlessly positive and optimistic. This comes through throughout the book and is even infectious...

The games and game fragments throughout the book are well annotated, but not with an avalanche of variations. Analysis is there, but this is a reader-friendly book."

"Polgar comes across as a friendly and, at first, somewhat naïve chess prodigy without trace of arrogance or haughtiness in her. The ‘Memorable Games' chapter in particular is interesting from a psychological perspective....

In my opinion, this project in three parts is definitely one of this year's highlights."

"Were I to be banished to a desert isle, this is one of the books I would take with me. Any player rated over 1500 can and will benefit from this gem of a book."

"How I Beat Fischer's Record is a remarkable and unreservedly recommended book, both autobiography and manual. As the first part of a trilogy, this makes you want more." 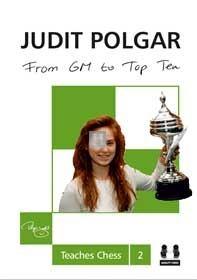 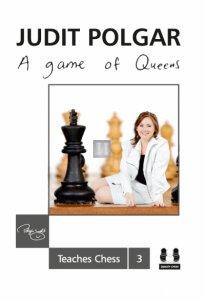