Serie "Winning with the London"

In this book the London System opening is presented using all of the most important games with thorough comments, through which the readers will have the opportunity to understand the essence of this opening, which in my opinion has a future ahead of it and a lot of space for growth and development.

I would like to mention that the book comprises the most import_ant parts of this opening, and also the ideas reached through the experience of playing games in tournaments, as well as the positions analysed in collaboration with Grandmaster Ferenc Berkes. But there should always be room, if a player chooses this opening, for some new interesting idea during the game itself, because either side (both White and Black) can encounter something new and unexplored in a relatively early phase of the game. Therein lies the beauty of chess: creativity, freedom to mix things up, and an abundance of possibilities and ideas for a game of high quality.

GM Ferenc Berkes, best ELO 2706 in 2011. Thanks to my good friend Nikola, by 2008 I already knew that 2.Bf4 was more complex than its reputation. Since the Olympiad in Dresden that year I have played it regularly — and with success. I was always amazed by how creative Nikola was during this period, discovering many new ideas. I can wholeheartedly recommend this extremely good and user-friendly book to anyone that wants to learn lesser-known but complex structures.

At the present moment the London System is becoming increasingly popular at the top level - even in ‘classical’ tournament games, although it’s much more often seen in rapid.

Currently the top players who use it most frequently are American Grandmaster Gata Kamsky and Russian Grandmaster Boris Grachev, while other top players occasionally have it in their repertoire, usually using it as a surprise weapon. Among them are Magnus Carlsen, Vladimir Kramnik and others.

Also a great contribution to this system came from the French Grandmaster Eric Prie, who plays it in a very original and active manner.

Nikol Sedlak: "One year after the first book was published, I decided to round out our white repertoire to include Black’s response 1...Nf6. I have tried my best to write this book in the same spirit as my first one, meaning that openings are explained through analysing complete games, putting the accent on typical plans and pawns structures arising in these kinds of positions. Only a small part of the book contains some forcing positions that need more in the way of ‘memorising’. This repertoire which I am recommending is a good weapon against very sharp and well-prepared opponents."

Nikola Sedlak was born in Subotica (Serbia) in 1983. His best rating is 2605. Grandmaster since 2003. Winner of many open tournaments. He started to play the London System in 2005 and plays it with big success even nowadays. 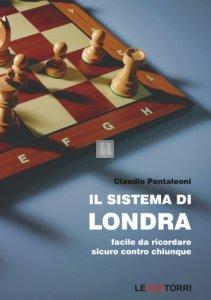 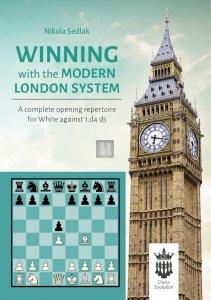 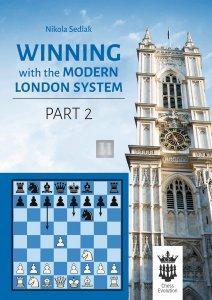