The Modernized French Defense, vol.1 The Winawer + vol. 2 Against the Tarrasch

Vol. 2 The Modernized French Defense - Against the Tarrasch

Here we are, together on this page, both interested in the French Defence with 3.Nc3 Bb4. Before telling you what you can learn from this opening, let me tell you a little story about my journey in the French. I started playing the French after reading John Watson’s Play the French, which improved my play a lot. I learned that the French is a positional yet concrete opening, and many of my young opponents couldn’t grasp its subtleties. Moreover, many opponents were far less prepared against 1…e6 than against 1…c5 or 1…e5. Unfortunately those days would end.

During the 2008 Dutch Youth Championships (U20), I understood that everyone would throw 7.Qg4 in the Winawer at me. In that respect, my opening preparation was simple: I’d study the Winawer for Black very intensively and the problem would be solved. In reality, I faced many difficulties. Novelties I’d find in the evenings were promptly refuted by the engine the next morning; I was constantly thinking about the French, but I couldn’t quite make it work. There was this strange, inexplicable feeling in my stomach, some might call “butterflies”. I had fallen in love with a chess line! Despite my two losses in the crucial games, I still believed I had a great repertoire with countless novelties to show for it.

The Modernized French Defense - Volume 2 - Against the Tarrasch

Let me share here how I have made my choices for this second volume. Ten years ago, I would sometimes even play the Petroff against people who had games with 3.Nd2 in the database. I actually thought that the Petroff gave me better winning chances! You might have a similar story. 3.Nd2 gives White a very nice pawn structure so it is difficult to get a grip on the position as Black. For many years I have tried moves like 3…Nf6 from the GM Repertoire book or the more drawish 3…c5 and 4…Qxd5 line. It has taken me a lot of time to find the variation against 3.Nd2 which best fits my playing style. After trying virtually every possibility, there is only one satisfactory variation for me – the isolated pawn!

The reason why I had left this option at the bottom of my list initially is because there was a firm belief at the time that Black was worse in these isolated pawn positions. On the flipside, players on the white side have usually studied the lines after 3…Nf6 or 4…Qxd5 in much greater depth. This is one reason why people often mix up their theory as White. Typically they assume they are already better, so why would they need to remember any subtle details? The whole point of 3.Nd2 is to be microscopically better. Fortunately, this can all be easily neutralized with good opening knowledge.

Whilst studying most of the existing literature, I have noticed that there is hardly any recent analysis on the systems with 3…c5 and 4…exd5. Still, many authors who have been covering them from White’s perspective have a lot of respect for the variations and hardly achieve anything against them. When I started to play with the isolated pawn myself, my results against 3.Nd2 became better. My score against 3.Nd2 is actually better than my score against 3.Nc3 now. I have noticed that in correspondence chess, these isolated pawn lines are favored by black quite often. That is when I realized that this small advantage was just a prejudice.

I have to admit, the positions are slightly harder to play for Black. However, that is probably also true for the other lines against 3.Nd2. It just takes some time to become familiar with all the possibilities and ensuing middlegames. But once you finally master the isolated pawn structure, it will serve you well and equip you with a wide selection of tools with which you can outplay your opponent. My original plan for this book was to cover 3.Nd2 as well as all the other options besides 3.Nc3, but I believe it is much more important to focus on showing as many examples as possible of how to play with different versions of the French isolated pawn. All the material in this book is designed for you to be able to pick your favorite line in the 3…c5, 4…exd5 system. Consequently there will be a third volume in this series, covering the rest of White’s options against the French. 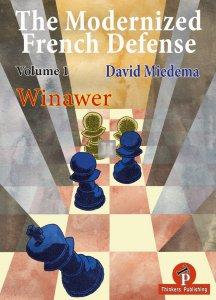 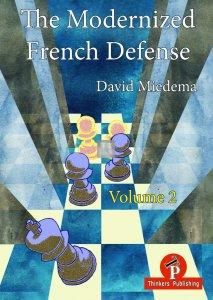