The Slav Defence is currently the most popular closed opening, appearing in the opening repertoire of the overwhelming majority of top class grandmasters. A competitive chess player playing 1.d4 faces the opening in almost every tournament, and for Black it can be used in just about every second game.

Over a number of years I have played various different lines of the opening with both colours and analysed it both individually and in cooperation with many well-known grandmasters. Now I have decided to give the opportunity to anyone who feels like it to enter a grandmaster’s laboratory and see my professional approach to various opening lines.

Measures have been taken lest the work should swell to enormous size. Textual annotations to variations and evaluations are not given throughout the book but only in cases where I thought it to be important and not too obvious. As for the rest, a conventional abridged evaluation system has been used.

All noteworthy lines have been analysed in detail. Also many novelties have been introduced with enclosed analyses. At the same time many weak and inessential moves, although in some cases with a considerable praxis, have been evaluated briefly.

I will be glad if my work turns out to be a good aid in learning the Slav Defence — an exceptionally interesting opening, rich in both strategic and tactical ideas. This book is rated for skilled chess players. The theoretical material is given as of July 2012.

Also the variations rising after 5. Bg5 are examined deeply, namely Moscow (5... h6 Bxf6) and Anti-Moscow (5... h6 Bh4) variations as well as Botvinnik system 5... dxc4. A possibility to cover such a multitude of systems in only one book (it was possible to create even 5 tomes) occurred only because I have tried to shorten the lines almost to the bare minimum.

There are plenty of openings books in where not the most important lines are covered – this leads to a creation of plenty unnecessary variations – the book starts to be `wishy-washy´.

In such situations I have decided to only describe why this or other move does not deserve to be examined deeply. Thanks to such a way of thinking this elaboration did not lose its quality and in my opinion it is even easier to find a relevant recommendation.

All of presented variations are analyzed on the same level as those described in the first part of whole elaboration. The book covers the state of the theory for July 2013.
Konstantin Sakaev

Konstatin Sakaev, born on April 13th 1974. International Grandmaster since 1992. In his active chess career he has been one of the Top Russian players.

At the current moment, Konstatin Sakaev retired from the active chess player career. Book writing and giving chess training is his job of the last years. With his book "Complete Slav II"  Konstatin Sakaev accomplish his promise and making a real Slav expert out of you!

Probably the following quote fits best to what you will find inside the book:"The only place success comes before work is in the dictionary''.- Vince Lombardi (legendary American Football coach). 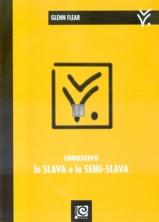 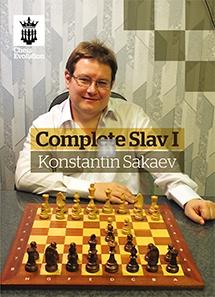 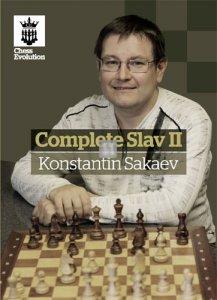