The Ruy Lopez: a Guide for Black

The Ruy Lopez (or Spanish Opening) is one of the critical chess battlegrounds. It has long been recommended as an excellent chess opening for training purposes, as it leads to a wide variety of structures and strategies.
This book is a complete guide to handling the black side of the Lopez, based principally around the Zaitsev Variation, upon which Anatoly Karpov relied during much of his career. This line leads to sharp play, often in open battles where Black gains active counterplay and challenges White to seize the initiative on the kingside.

The Ruy Lopez (or Spanish Opening) is one of the critical chess battlegrounds. It has long been recommended as an excellent chess opening for training purposes, as it leads to a wide variety of structures and strategies.
This book is a complete guide to handling the black side of the Lopez, based principally around the Zaitsev Variation, upon which Anatoly Karpov relied during much of his career. This line leads to sharp play, often in open battles where Black gains active counterplay and challenges White to seize the initiative on the kingside.

The authors explain in detail how Black can weather the storm. They also explain how Black can handle the practical problem of the Ng5 repetition, and recommend reliable procedures against White`s other options in the Lopez, starting off with the Exchange Variation, and moving on to a variety of closed systems. Throughout, the emphasis is on what readers actually need to know and understand in order to play the opening successfully in practice.
There is a great deal of explanation of important ideas, and the authors take pains to guide their readers away from potential pitfalls.

Sverre Johnsen is a FIDE-rated player from Norway. He is an enthusiastic chess analyst, researcher and writer, and co-author of Win with the London System, one of the most popular openings books of recent years. Leif Johannessen is a young grandmaster, also from Norway. He plays in several national leagues and has represented his country in many team events. The quality of his opening preparation is shown by the fact that he won the prize for most important theoretical novelty in Informator 92.

"...whether you currently play the Ruy Lopez, (especially the Zaitsev variation towards which the book focusses) or are thinking of adding it to your repertoire, I believe that a lot can be gained by going through this book. It is an entertaining read, backed up by reliable analysis, and very careful advice. It has been thought about and written with the purpose of being an in-depth guide for black in taking up this particular answer to the Spanish. I for one thoroughly enjoyed reading through it for this review, and intend to make full use of it for my own chess repertoire growth." - John Lee Shaw, Chess Check E-Zine

"I consider it the best 'Ruy Lopez for Black' book in general, because in addition to great theoretical detail and a good choice of variations ... it has a huge amount of material on ideas and themes, strategy in the Ruy, and how to prepare and practice openings." - IM John Watson, The Week in Chess

"I particularly enjoyed Johannessen's preface... many useful tips are presented for players over 1600. The research and analysis are first rate and current. A well written and well-researched book" - Lou Mercuri, Chess Horizons

"I think anyone above, say, 1700 strength will be fully rewarded by using this book to study and play one of chess' richest openings." - IM John Watson, The Week in Chess

"Good chess opening books are all about 'feel' - do you feel the authors are making you at home in the variation, do you feel they are giving up their 'secrets' to you, the reader, and do you get the feeling they are on your side? Well, this book scores very highly in this respect, take the Preface, for example. It's a 15 page discussion by GM Johannessen on how to learn a chess opening (albeit aimed at the Zaitsev, but the lessons are universal) - and it does the subject matter wonderful justice. I've read magazine and internet articles which do not come close to Johannessen's logical explanation of taking an opening from a thought over a coffee at a chess bookstall to a full part of your tournament repertoire. For my money, the best part of the book, although the rest of the material doesn't lag behind in quality." - Munroe Morrison, Open File

"A great book for anyone who plays or wishes to take up the black side of this wonderful and instructive opening. If you are not comfortable playing this opening, often don't know what to do, or are simply looking for more ideas, this is one book you need." - Andy May, www.nsgchess.com

"The book is amazingly thorough, with ample amounts of properly referenced analysis, suggestions, and improvements over existing theory, loads of original analysis, and plenty of explanatory prose to support the variations. The author provides detailed descriptions of the strategies and long-term plans for both sides. Moreover, the illustrative games are expertly annotated and provide further material for the student to gain an understanding of the opening. I highly recommend this book to players who are serious about their opening repertoires and about improving their overall game." - Carsten Hansen, ChessCafe.com

"The main body of the book is a repertoire book based on the Closed Ruy Lopez, offering Black some alternative lines from move nine onwards, and of course providing coverage of lines where White diverges first (e.g. the Exchange Lopez). The two authors provide plenty of textual material, delivered with style and humour. ... these two authors are engaging chess writers with a style of their own. The book is excellent and deserves to sell well." - John Saunders, BCM

"We are told that Johannessen was far from being an expert in playing the black side of the Lopez, but was planning to take it up! Furthermore he has tried to turn this negative into a positive, writing in his own Preface: 'In order to use my lack of experience with the Ruy Lopez in a constructive way, I would like to share with the readers how I prepared the opening while writing the book. The process was quite similar to what I would have done if I were to prepare the Closed Ruy Lopez only for myself.' I notice that he has been practising what he preached - in the database there are now some games of his on the black side of the Spanish. Johannessen's preface actually covers 15 pages and, if not quite 'worth the price of the book alone', as they say, it is certainly a very useful essay on how to choose and prepare an opening for serious use, in twelve steps. ... A very good opening book. Readers will learn a lot about the Closed Lopez, and therefore about chess, even if they never play the Zaitsev! Highly recommended." - Phil Adams, 3Cs website 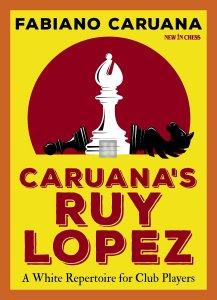